Wish your partner a happy anniversary with a thoughtful online anniversary card. Send something humorous to make them smile, or a heartfelt love note to show you care. 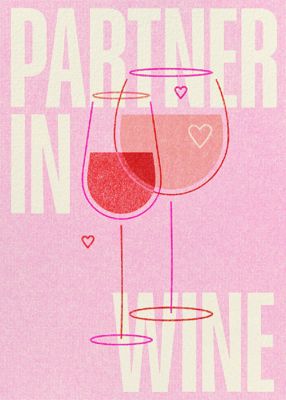 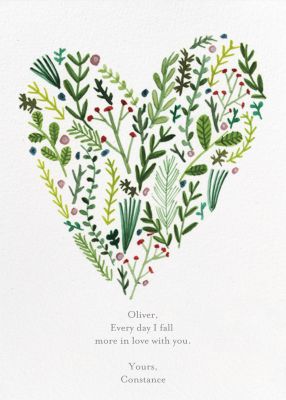 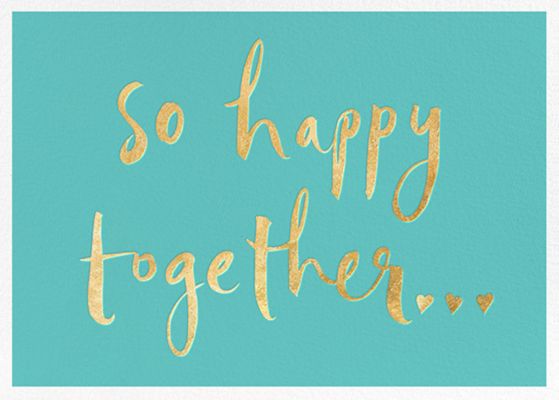 In Your Heart Christian Robinson

Bottom of my Heart

Beet of My Heart

Cheers from the Couch

I Couldn't Love You More

One Plus One Equals Three

How can I send a free anniversary card?

For any online anniversary card to be completely free to send, you need to first filter on "free" and choose one of our free anniversary templates. You then need to remove all premium design options like envelopes, envelope liners, backdrops, stamps, and/or logos before sending. When you’ve chosen the perfect free online anniversary card, use our digital design tool to format your message with new fonts, new type colors, and of course: an anniversary message written in your finest of belles-lettres. Not only will you save time and money with our free happy anniversary cards, but you won’t waste any resources like you would with a printable anniversary card. Win, win!

What do you write in an anniversary card?

Don’t stress too much about “what should I say to my husband on our anniversary?” or “what to say in your happy anniversary card to your wife.” Just write something from the heart. Something short, sweet, and original is always the way to go. Even a simple “you’re still the love of my life” will do. Or use humor! Love is grand but laughter is golden, so send a bit of mirth with one of our funny anniversary cards—including sweet and salty illustrated food puns from the Indigo Bunting and a chaser of martini-dry wit from the New Yorker’s library of cartoons.

How do I find an anniversary ecard to match my style?

We have dozens of online happy anniversary cards to match any style. From classic and traditional to modern and humorous. Choose a traditional symbol of love, like illustrated roses, hearts, and nesting lovebirds. (Beachcombers can send a romantic pair of flamingos, instead.) If your love letters speak for themselves, you can still embellish your sweet nothings on happy anniversary cards in elegant typography—from Deco and Nouveau to mod and Neutra. Send a card inspired by vintage telegram type, a MASH note in cursive lettering, or a fond word in intricate calligraphy from Jessica Hische and Bernard Maisner. Reminisce over the early days of your romance and frame a snapshot of your courtship with one of our photo wedding anniversary cards.

How can I make a happy anniversary card?

Let us do all the designing and “making”, you just have to send the card! Our wedding anniversary cards are ready to send, all that’s missing is your partner’s name. You can even keep the sample text just like a greeting card you’d find in the store. Or customize your wedding anniversary with a custom love note or message. Which brings us to our next FAQ...

When else should I send love-themed cards?

Is your anniversary wish to keep the romance and love alive more frequently than just once a year? Browse our romantic online cards for Valentine’s Day, or any day you want to express a bit of TLC. It turns out that even as you approach gold, silver, or goodness, a diamond anniversary, smartly chosen words are as eternal as any gemstone.